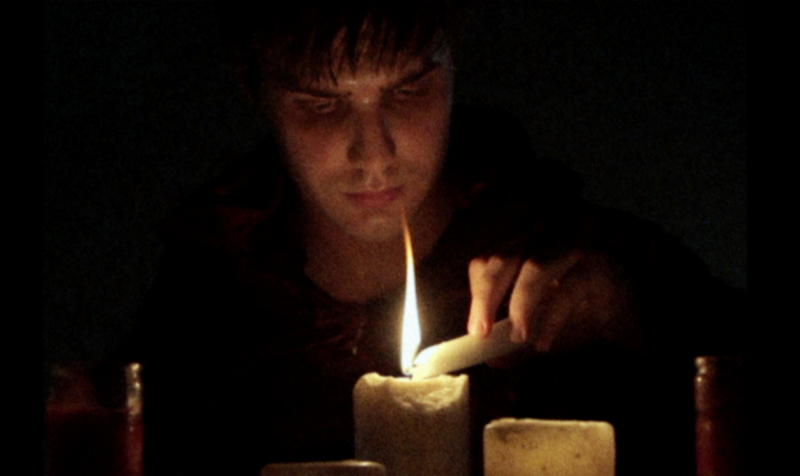 Harm’s Way Productions has unleashed Devil’s Night on iTunes. Adam Forrest, Elizabeth Peterson, Alex Ho, Nolan Freeman, Kristina Cohen, Shani Atias and Kevin Grossman star in the story of a lonely teen who accidentally unlocks a gate to Hell in the quest for Internet stardom. Directed by TV veteran Todd Bishop from a script by Derek Rethwisch, Devil’s Night is available today exclusively on iTunes with a new clip that shows the dangers lurking in the dark.

On the eve of the release, writer/producer Derek Rethwisch said, “When we were writing Devil’s Night, our goal was to create a suspenseful, character-driven horror that would not only give audiences a few good scares, but would be relevant to them today. We were all fans of horror growing up and really aspired to make a movie in the vein of Halloween or Friday the 13th, and Devil’s Night (October 30th) seemed like a natural fit. Evan Lesky is our Michael Myers, but we wanted a 21st-century protagonist, someone desperate to make it in today’s viral-obsessed society. We hope that Devil’s Night is both an homage to those iconic movies but also unique in its portrayal of modern life.”

Daniel, a charismatic teen from a broken home, wants nothing more than to get out of the trailer park. After scraping together just enough money to buy a video camera, he begins making YouTube videos in the hope that his antics will lead him to a better life. But when his videos fail to catch on and all his friends leave for college, Daniel’s left all alone. Undeterred, he discovers an old documentary about a serial killer who brutally murdered seven people in a Satanic sacrifice not too far from his hometown. Thinking this might be his last chance for success, he decides to film a video in the killer’s house, only to summon an evil worse than anything he could have possibly imagined… It’s Beginning to Look a Lot Like… FRIDAY THE 13TH!